The Aerial Figure Skating Challenge held its inaugural event in Colorado Springs, CO, in June 2015. For the past three events (2015, 2016, and 2017), I have held the Volunteer PR/Social Media Director position. I crafted the entire social media campaign for both events, including live tweeting the entire 2016 event and organizing local news coverage in 2017. Feel free to check out the Facebook page and the Twitter account.

Leading up to the 2016 event, I edited 2015 event footage for social media release. I also arranged pre-event autograph sessions with some of the skaters and during-event audience giveaways.

Both events have received media attention from local news, figure skating news, and an article in The New Yorker.

An example of some of the promotional graphic design I have created for the event is the following event program, created for one night of the 2017 event. 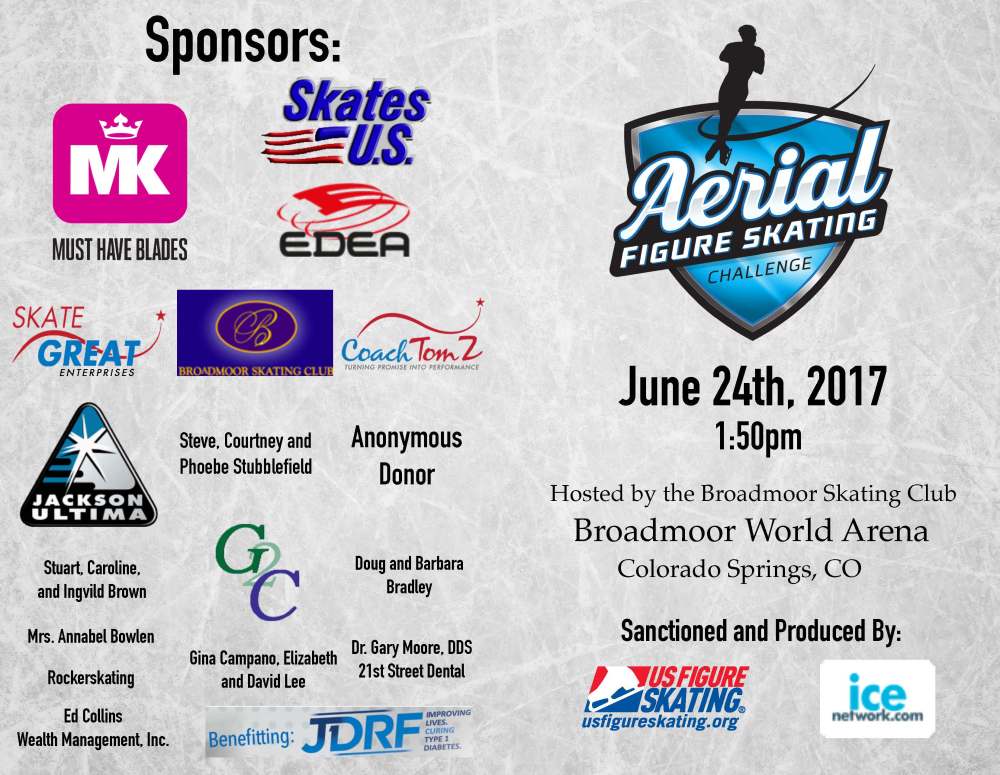 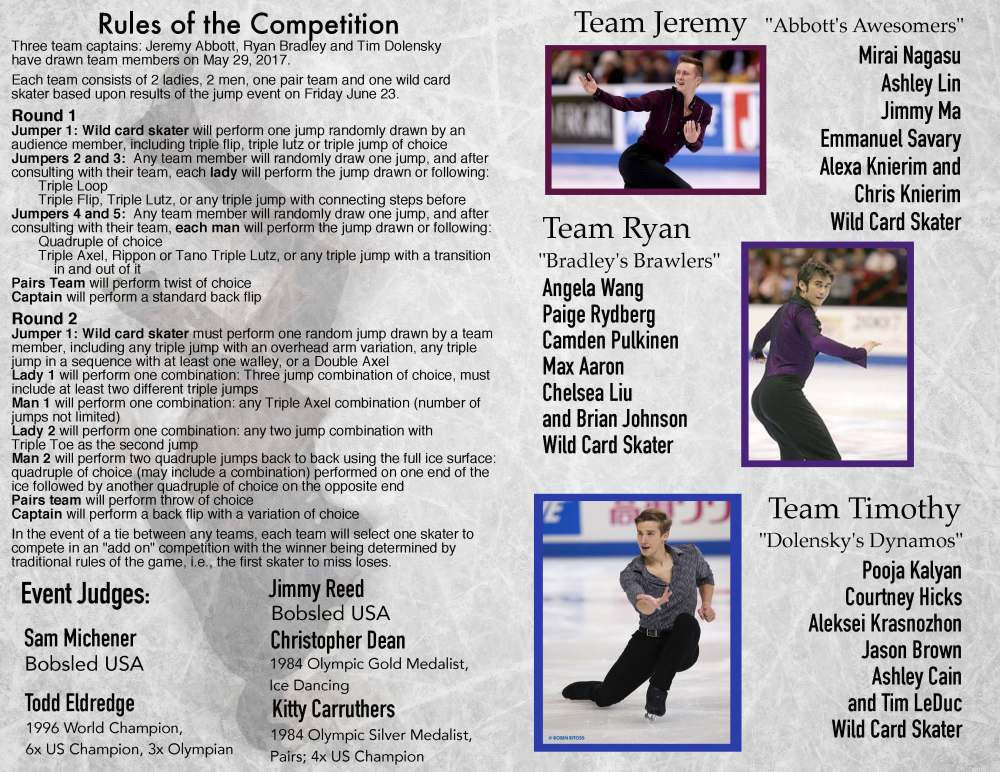